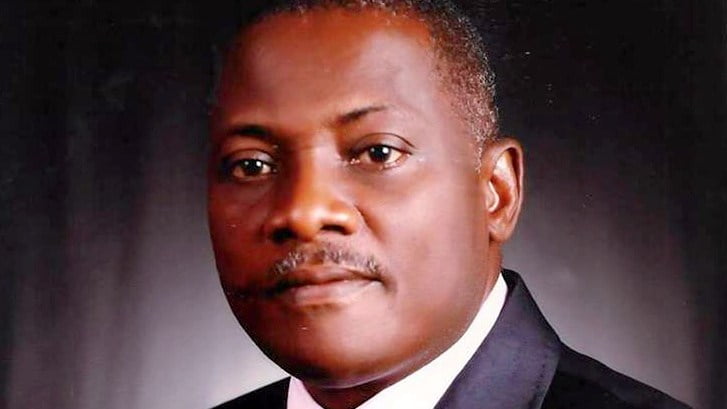 The Economic and Financial Crimes Commision ( EFCC ) has given reasons why they arrested Mr Chukwuma, MD of Innoson Motors yesterday in Enugu state.

EFCC Head, Media and Publicity, Mr. Wilson Uwujaren, in a statement gave reasons the anti-graft agency went after the businessman. He said: ‘’His arrest followed his refusal to honour invitation by the Commission having earlier jumped an administrative bail granted him in a case being investigated by the Capital Market and Insurance Fraud Unit of the Commission’s Lagos office. ‘’Chukwuma rather than honouring invitation by the EFCC, mobilized six truckloads of thugs pretending to be staff of his company to his residence, where they manhandled EFCC operatives. It took reinforcement from the Enugu office of the EFCC to effect the arrest of the industrialist who is currently being grilled by a team of investigators.’’

He was arrested yesterday, at about 11:00 am at his Savage Crescent, GRA Enugu residence where his staff allegedly put up resistance against his arrest but EFCC operatives finally had their way and whisked him away to their Enugu office.

However, the Spokesman of Innoson Group of Companies, Mr Cornel Osigwe, decried Chukwuma’s arrest and debunked EFCC’s claims. He told an online newspaper that “his arrest is in connection with the ongoing case he has with the bank.” Claiming that Chukwuma was accused of jumping bail, Osigwe wondered how someone who was never invited by the EFCC much less being arrested would be accused of fleeing from the law.

The Innoson Motors‘ official Twitter handle described it as an illegal arrest in one of its tweets.

Mr Chukwuma Innocent, who also spoke with reporters while in the EFCC custody, maintains that his arrest was orchestrated by GTbank and claims the bank owes him to the tone of N8.5billion. He said the bank is using the EFCC to intimidate him instead of paying him. He promised to give details of the transaction and his encounter with the EFCC, once he was through with the agency.

There is a pending case before the Attorney-General, Abubakar Malami at the Federal High Court in Abuja where GTbank accuses Innoson Motors of manipulating bank and shipping documents to obtain tax waivers from the Nigerian government.

Nigerians on social media have reacted to Innoson CEO’s arrest with the hashtag #FreeInnoson, calling it a witch-hunt of Igbo businessmen by the Nigerian government. Many cited the cases of Ibeto cement and Capital Oil’s Ifeanyi Ubah.

First it was Ifeanyi Uba now Innoson..waiting for Dangote ..but what do i know ? #FreeInnoson pic.twitter.com/Q8OXAJ6guL

According to Dr. Innocent Chukwuma, this period when the Nigeria Customs auctioned and sold his goods is the most turbulent period of his life . #FreeInnoson @Gtbank @innosonmotors pic.twitter.com/NHiVYCmag9

Dear @officialEFCC , since when did you start arresting people without a Prior invitation ? Since Innoson started Demanding that @gtbank pays him the money he is owed ? Just #FreeInnoson @lindaikeji @channelstv @aitonline @realFFK @segalink @MrStanleyNwabia @akaebube pic.twitter.com/Wg7Ku4rXsJ

The role of government is to create an environment for business and entrepreneurship to thrive, not to intimidate and oppress her citizens #FreeInnoson pic.twitter.com/VOqwhKnsYw