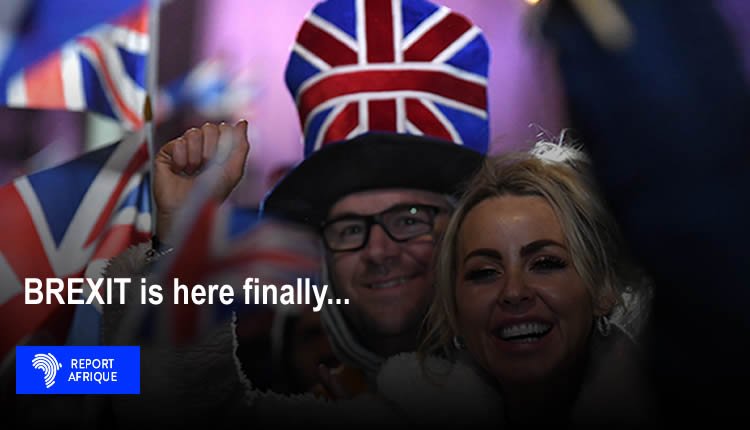 The United Kingdom has officially left the European Union after 47 years of cohabiting and more than three years after a referendum that left the country bitterly divided.

The departure brings an end to years of political wrangling that has at times paralyzed Westminster, ended the leadership of two prime ministers and left the UK parliament with the biggest Conservative majority since the years of Margaret Thatcher.

The United Kingdom set a precedence as the first nation to withdraw from the European Union in its history and closes a 47-year chapter of the country’s membership in the post-war bloc.

Now, an 11-month transition period lies ahead, as well as what is expected to be a protracted period of trade negotiations with the EU.

UK Prime Minister Boris Johnson addressed the nation earlier in a pre-recorded speech, calling on the country to celebrate a “new dawn” of independence and vowing to deliver on Brexit’s promises: “Whether that is by controlling immigration or creating freeports or liberating our fishing industry or doing free trade deals.”

But the momentous occasion passed by with little fanfare – a countdown clock was projected on 10 Downing Street in lieu of London’s famous Big Ben (which is being repaired.)

It rained down in London at a Brexit party at Parliament Square, where officials had banned fireworks and live music.

Nigeria’s Ngozi Okonjo Iweala Gets Appointed Into Twitter Board