CAPE TOWN, South Africa – The global head of TMT for Africa’s largest bank, http://www.StandardBank.com)Standard Bank, is predicting continuing deal flow and increasing investment in Africa’s flourishing telecom, media and technology sector in 2018, against a backdrop of improving economic growth and increasingly stable currency outlook across key markets such as Nigeria.

Speaking ahead of the TMT Finance Africa in Cape Town 2018  conference, Nina Triantis, Global Head of TMT at Standard Bank, said there were investment and financing opportunities for the right companies in Africa, with disruption, innovation and consolidation likely to be the major deal drivers in the sector over the year ahead.

“Investment and M&A in TMT is still especially active in Africa, despite some various economic challenges still facing select countries. Investment in technology is driving applications and innovation across the continent and across sectors,” she said. While economic and currency issues have dampened investor appetite in countries such as Nigeria over the past 12-24 months, conditions are now improving and stabilising, according to Triantis, which is leading to an increasing appetite from investors looking at the region, she added.

Standard Bank is one of the key sponsors of TMT Finance Africa in Cape Town 2018, with Triantis and Goolam Ballim, Standard Bank’s Chief Economist and Head of Research, among the headline speakers at the event, which is taking place in Cape Town, South Africa on March 15.

Triantis will be joining the TMT M&A Panel alongside multinational telecom operators Vodacom and MTN, while Ballim will be delivering a Visionary Keynote Speech centred on African Investment Outlook, ahead of the Opening Leadership Panel session.

“Telecom operators are consolidating and the race to provide new broadband and wireless infrastructure is intensifying, which is resulting in increased need for capital and a lively deal flow,” Triantis commented. “The debt and equity markets are both supportive for the right companies, and we expect to see several IPOs and M&A transactions in 2018,” she added.

Microsoft Set to buy TikTok in U.S., Deal to be Sealed by Sept. 15

Technology giant Microsoft says it is in talks with Chinese tech giant ByteDance to acquire its video sharing…
byPhilip I. Thomas 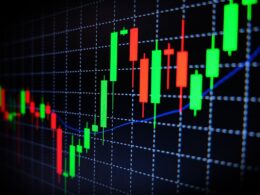 Amazing Techniques to use to Learn the Art of Investment

As Forex trading is prevalent among people all around the world as a viable investment opportunity, there are…
byPhilip I. Thomas 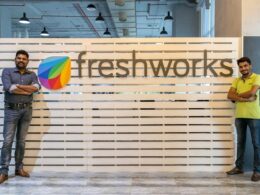 With new CFO in place, company raises largest round of funding to date to fuel growth, geographic expansion…
byDesmond Ejibas 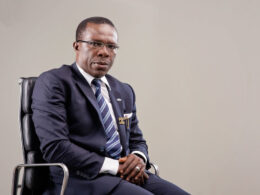 Coscharis Group, one of Nigeria’s foremost conglomerate with business arrays in diverse sectors of the economy, including automobile,…
byMiebaka Inyeinengi