With an interest in telling authentic African stories, Moziak Magazine takes a reflective look on Davido’s journey off the back of his recent Platinum celebration in South Africa.

“Selling out 50 000 in a Western man’s world is amazing, a lot of UK artists can’t do that so for me to come all the way from Nigeria to another man’s world was an eye opener,” shares Davido.

Davido’s cover story which takes a look at how his journey began to his recent global domination: becoming the first African solo artist to sell out the O2 arena in the United Kingdom last year, the first Nigerian artist to have the longest charting song on US Billboard history and the first African artist to hit 500 million total views on YouTube.

Moziak Magazine starts the year off strong with their Davido release and the continent and African diaspora can expect a lot more from this culture publication.

“We had a very successful 2019 and this year we’re looking to take things to new heights,” shares Moziak Creative Producer, Blue Mbombo.

Blue Mbombo adds: “Expect a lot more covers, lifestyle content and event collaborations from Moziak Magazine. We will also be rolling out a lot more digital content with Season 1 of Blue’s Corner coming soon and other Moziak TV properties.” 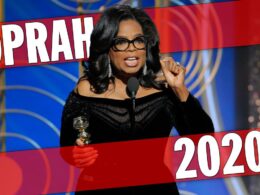 After the TV legend delivered a powerful speech at the Golden Globes Sunday night, Oprah Winfrey seems to…
byMiebaka Inyeinengi 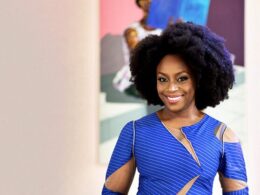 Chimamanda Ngozi Adichie has been awarded the Women’s Prize for Fiction ‘Winner of Winners’ for her novel, Half…
byOsaze Isesele