Nigerians on Twitter are trending #IAmStillWithAtiku with short videos in support of Atiku Abubakar, the candidate of the People’s Democratic Party (PDP).

The election results announced by the Independent National Electoral Commission sees the incumbent president, president Muhammadu Buhari in the lead with more than 4 million votes.

The PDP has dismissed the results as incorrect and falsified in favour of the ruling APC.

In a press released by the deputy director-general of the PDP presidential campaign organisation, Kabiru Turaki, alongside other party officials Tuesday night in Abuja, the party asked INEC to stop the announcement of the results pending when the card reader data is made available to verify the authenticity of the announced figures.

See some of the videos in support of Atiku posted on Twitter by Nigerians below:

I love you ATIKU😍😍
Nigerians love you pic.twitter.com/RL2sm8Ly9h

After watching your video, @Atiku asked me to thank you and your wife. Your kind words nourished his spirit and made us know that our struggles are not in vain. It is not over until it is over.

Your video is awesome. You said you stand with @Atiku because of Nigeria and democracy. You are right. Atiku is just a symbol of the democratic movement that sweeping Nigeria and of which you are a champion.

See all videos in support of Atiku here.

Where to find a Latin Wife Or Latino Pal Online

I have not Resigned – Vice President OSinbajo (VIDEO)

Nigeria’s Vice President, Prof Yemi Osinbajo, has said that he has not resigned contrary to rumours making the…
byMiebaka Inyeinengi 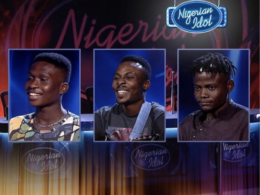