It was gathered that senators who visited the lawmaker at his residence on Friday went with Melaye to see the Police boss, apparently to resolve his issues with the Force.

An Abuja high court had on Thursday refused an ex-parte application brought by the Senator to order the removal of police blockage on his residence.

The matter was thereafter adjourned to January 14.

The embattled Senator and lawmakers who came to his house to show solitary were headed to the police headquarters as at the time of filing this report.

A video obtained by WIRED shows the a convoy of policemen which surrounded the senator’s house leaving for the Abuja police command with the senator.

Also, Deji Adeyanju, activist who protested the politicization of the Nigerian police remains in prisons custody in Kano over a crime that he was tried and acquitted of in 2009.

Deji, who was arrested in November, 2018 while on a peaceful protest against the police‘s involvement in politics, was later released on bail and re-arrested early December, 2018 on invitation by the police.

VIDEO: Activist Comrade Phils Ordered Out of Immigration Office For Refusing to Pay A Bribe

Media entrepreneur and social activist, Philip Thomas, who is popularly known as Comrade Phils was ordered out of…
byMiebaka Inyeinengi 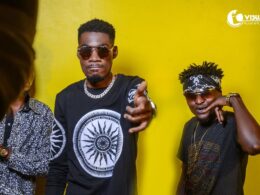 In the heat of the ongoing #EndSars protests in Nigeria and around the world, Port Harcourt rising musician,…
byChristopher Sowah
Read More