A popular Rwandan gospel singer and critic of president Paul Kagame, Kizito Mihigo has reported died in police custody in Kigali, the capital city of Rwanda.

A police statement said Kizito Mihigo killed himself in an apparent suicide on Monday. He was arrested for his attempt to escape constituted a breach of conditions of the presidential order, leading to a revocation of the pardon.

“He has been in a cell for three days as police investigated why he was crossing the border illegally and cases of bribery,” John Bosco Kabera, a police spokesman, said. Calls to Kabera on this issue from pressmen went unanswered.

The Rwanda Investigations Bureau tweeted on Thursday that the country’s security organs had handed over Mihigo, saying the charges against him included illegally crossing to Burundi, joining “terrorist” groups and corruption.

The 38-year-old was an ethnic Tutsi survivor of the 1994 genocide in which more than 800,000 Tutsi died as well as moderate Hutus who tried to protect them.

In 2014, Mihigo was arrested and sentenced the following year to 10 years in prison after he was found guilty of conspiracy to murder or harm Kagame and other senior government figures. He was also convicted of complicity to overthrow the government and conspiracy to form alliances with groups trying to destabilize the country. Mihigo pleaded guilty to all charges but was pardoned by Kagame in 2018, alongside Rwanda’s leading opposition leader, Victoire Ingabire Umuhoza.

The news of Mihigo’s death was met with disbelief and has raised skepticism among citizens in Rwanda.

Amnesty International has issued a statement calling for investigations into the death of the singer.

“There must be no whitewash. The investigation should establish all the facts, including the possible involvement of others and whether prison practices and conditions caused or contributed to Kizito Mihigo’s death. ” The statement published on Amnesty website quoted Deprose Muchena, Amnesty International’s Director for East and Southern Africa, in part.

Kizito Mihigo had previously been close to the ruling Rwandan Patriotic Front, but in April 2014 his song in which he prayed for victims of the genocide and victims of other violence triggered his arrest leading to many charges against him by the government. 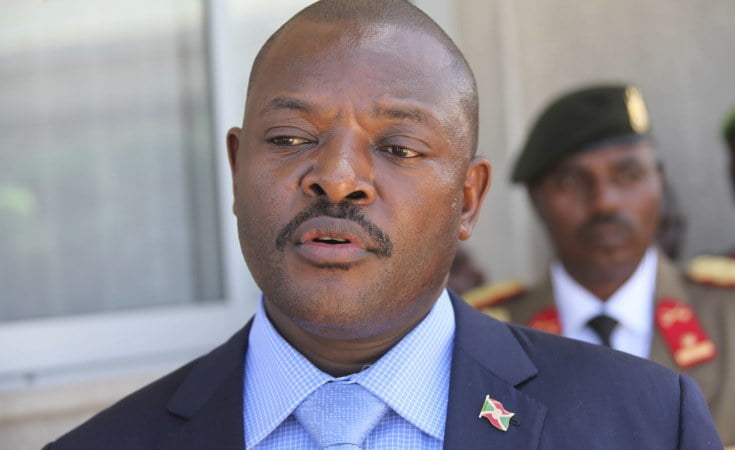 Burundi’s president, Pierre Nkurunziza has died from heart attack, according to government officials. “The Government of the Republic…
byPhilip I. Thomas