Nigerian televangelist and founder of the Synagogue Church of all Nations (SCOAN), Prophet T.B Joshua, had prophesied, last month, that the pandemic – coronavirus – will end on the 27th of March, 2020.

The preacher said coronavirus will go the way it came and would end.

“This month, 27th, it will be over, by the end of this month, whether we like it or not, no matter the medicine they have produced to cure whatever, it will go the way it came,” he had said.

The preacher repeated in another video that it would rain and wash off the pandemic leading to its end.

Has this happened? Let’s take a look at the death toll across major hotpots of infections in the world.

Today, the death toll from an outbreak of coronavirus in Italy has surged by 919 to 9,134, the Civil Protection Agency said on Friday, easily the highest daily tally since the epidemic emerged on Feb. 21.

Prior to Friday’s figure, the largest daily toll was registered on March 21, when 793 people died.

The UK experienced the largest daily increase in deaths from coronavirus. The total now stands at 578, up by 115 on the previous figure. The Department for Health and Social Care also confirmed that 11,658 people across the UK have tested positive for the virus.

US Beats China and Italy as Number one Hotspot for Coronavirus

The United States now has more coroanvirus cases than any other country with over 82,400, according to Johns Hopkins University.

Total confirmed coronavirus cases in Africa now stands at 3,721 with South Africa leading with 1170 cases followed by Egypt with 495 cases and Algeria with 409 cases.

The home of the preacher, Nigeria is not spared as it registered 5 new cases today, summing up to a total cases to 70 confirmed cases in the country.

Nigerians on the social media reacted to the prophet’s prophecy as they took to Twitter with questions to the potency of his prophecies. Here are some of the reactions:

The reactions were not without some in support of the preacher:

This will not be the first time that the preacher’s prophecy did not come to pass. In 2016, T.B Joshua prophesied that democrat’s ticket, Hillary Clinton will win the US elections. Clinton lost the election to republican Donald Trump against T.B Johua’s prediction. The preacher later deleted the prophecy about Clinton from his Facebook page.

The church’s website is full of prophecies by the preacher that allegedly came to fulfiment. One case cited the death of popular pop singer, Michael Jackson. The preacher allegedly prophesied MJ’s death before it came to pass.

In 2009, Marlon Jackson, the brother of late Michael Jackson visited the preacher’s church in Nigeria. The church website claims Marlon had visited in the light of the preacher’s prophecy about his late brother’s death.

“In the light of TB Joshua’s prophecy concerning Michael Jackson, his brother Marlon Jackson took the time to visit him during a trip to Nigeria…” writes the SCOAN website.

“TB Joshua claims to have predicted numerous events, from the death of Michael Jackson, to the disappearance of the Malaysian plane MH370” writes the BBc in one of its publications on the preacher.

Mr Joshua blamed the incident on a small plane which had been circling over the building before it came crashing down on Friday 12 September, and suggested it was an attempt on his life.

In his sermon, T.B Joshua referred to reports surrounding the incident as “persecution” and “propaganda”.

People come from around the world to the SCOAN headquarters in the Ikotun district in Lagos to seek healing and to witness prophecies. The prophet claims to have healed several diseases, including HIV/AIDS.

In the heat of the Ebola outbreak in West Africa, the Lagos State government, recognising the vast reach and influence of this preacher, asked that no victims of the disease be brought to the church for healing so that there was no threat to other members of the congregation.

T.B Joshua agreed to suspend some of the church’s healing programmes but said he had sent 4,000 bottles of his “anointing water” to Sierra Leone claiming it could cure the disease.

However, in 2013, the desire for the anointing water led to the death of four people in a stampede in the Ghanaian capital, Accra.

The deaths occurred when members of his church rushed to the alter to receive the water. The preacher was criticized following this incident but police in Ghana said it was difficult to apportion blame.

T.B Joshua may have healing powers as professed by some of his followers. Some of his prophecies may have come to pass in the past but his prophecy on coronavirus did not. 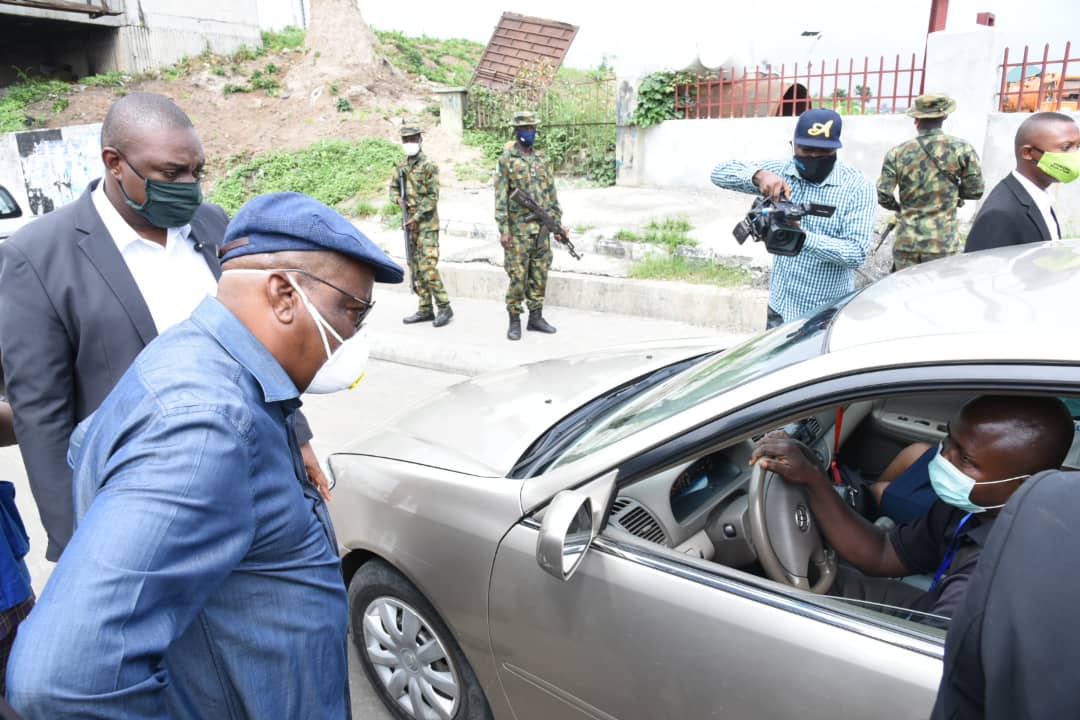 Rivers state recorded 27 new cases of Covid-19 on Sunday with the manager of Prodest Hotel, one of…
byPhilip I. Thomas

“I Want to Innovate on Use of Aso-oke, Fabrics, Others” – Abeke Mercy Ejibunu. This exclusive interview with…
byPhilip I. Thomas
Read More

The Nigerian government on Sunday said that its security agencies have discovered Islamic State (ISIS) in West Africa,…
byMiebaka Inyeinengi