The name Patrick Ifeanyi Ubah is synonymous with one thing in Anambra state and that is “infrastructural development”.

When he set out to renovate federal roads within his constituency of Anambra South earlier in 2020, his constituents were unsure if this feat was possible as senators are not saddled with the responsibilities of fixing federal infrastructures in Nigeria.

However, Ubah did not only push on with the road renovations, he built three hospitals, two in other senatorial districts and one in Nnewi, all in Anambra state among other laudable projects.

To Ubah, these were not about what a senator ought to do by constitutionally defined obligations but what was right to do to ameliorate the sufferings his people faced.

When he won as Senator representing Anambra South in 2019 on the platform of an infantile political party, the Young Progressives Party (YPP), polling 87,081 votes against rivals, Chris Uba of the Peoples Democratic Party (PDP) who got 62,462 votes, Nicholas Ukachukwu, the All Progressives Grand Alliance (APGA) candidate, polled 51,269 votes and the All Progressives Congress (APC) candidate, Andy Uba, who got 13,245 votes, he promised his people a deviation from the norm.

The fulfilment of his promises kicked off immediately he assumed office and are still counting. One of such promises is the renovation of the old oba-Nnewi-Ozubulu roads.

Senator Ifeanyi Ubah contracted Toshel Construction Ltd, an indigenous firm, to carry out palliative reconstruction works on the old Oba-Nnewi-Ozubulu federal roads to ease the deplorable conditions of the roads. Works kicked off immediately as funds were made the instant the contract was awarded to the firm by Ubah.

Building three hospitals at the same time may seem like a herculean task for anyone but with Senator Ifeanyi Ubah, it is only a dream come true. Ubah, with garnered donations from a group of friends, began building hospitals in three senatorial districts – Nnewi, Awka and Nsugbe- all in Anambra state.

more pictures of the hospitals:

The road renovations by Ubah got stopped early November when the Anambra state Ministry of Works wrote to the federal government, which said it had no knowledge of the reconstruction works carried out on the roads by Ubah.

In his response to the order, Ubah had accused the state government of thwarting his efforts to provide roads for his constituents.

The approval was later given via a letter by the federal government for the reconstruction of the roads on November 13.

In its letter dated November 13, the federal government apologised for stopping the construction previously, blaming it on poor communication between the parties.

The letter read in part: “The initial letter was written as a result of non-communication between the contractor and the office of the controller of works in Awka, in line with the consultation with our head office and Senator Ifeanyi Ubah, you may wish to continue with the palliative works.”

The letter, however, urged the senator “to ensure that all necessary safety and traffic control measures are followed, and not to obstruct drainage structures with construction materials, while following the standard specification of the ministry.”

Ubah who spoke about the receipt of the latter said. “I have officially re-commenced palliative repairs and internal maintenance of federal roads in Anambra South Senatorial District in view of the fast approaching yuletide season.

“Presently, all relevant ministries and authorities have been notified about our road repair projects and due approvals have been obtained to mobilize our contractors back to the project sites as opposed to the sinister agenda and antics of state agents who tried to truncate/stop the ongoing federal roads rehabilitation for selfish political gains.

“In line with my campaign promises, I wish to reassure my constituents of my resolve to run an all inclusive and equitable road rehabilitation process which will ensure that an internal federal road maintenance project is executed in every Local Government within my Senatorial District; Anambra South.

Speaking to REPORT AFRIQUE, residents of Anambra said they are very pleased with Ifeanyi Ubah’s performance so far as a senator.

Other benevolence of Ubah in pictures:

Nnamdi Obi, an indigene of Otolo in Nnewi, told our reporter that Ubah’s benevolence was exceptional and commended the senator for keeping to his campaign promises to the people.

Nkechi Nnobi, from Amorka in Ihiala Local Government Area, said Ubah’s works stood out and have helped her trading business as she uses the renovated Oba-Nnewi-Ozubulu road to deliver her farm produce to markets in neighboring communities.

” The roads are now better and the potholes are no more. We are happy with Senator Ubah”

The people’s verdict on Senator Ifeanyi Ubah is a resounding validation of his leadership excellence.

Google Currency is currently showing that one dollar is going for N184, but this is just a glitch…
byMiebaka Inyeinengi
Read More 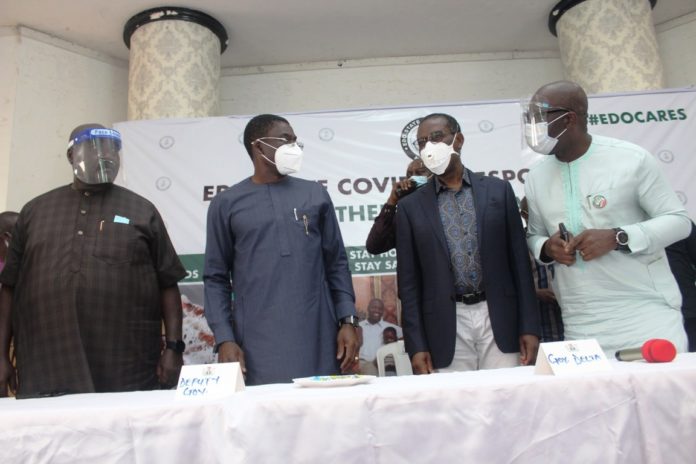 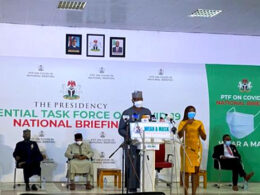