A court in Kano state, Nigeria, has acquitted a Muslim man, Faruq Umah, who was earlier sentenced to 10 years imprisonment for the offence of blasphemy against Allah.

The high court of appeal sitting at Audu Bako secretariat discharged and acquitted Faruq Umar of all charges earlier held by a Sharia Court in the state.

Faruq was 13 year old when he committed the said offense but the judgment was delivered till 2020 when he was 17 years old.

In his judgment on the appeal, Justice Nasiru Saminu, nullified the judgment of the lower court for lacking credibility.

Nigerian singer sentenced to death for blasphemy in Kano state

In August, 2020, a musician in Kano was also sentenced to death by hanging for blaspheming against the Prophet Muhammad.

An upper Sharia court in the Hausawa Filin Hockey area of the state said Yahaya Sharif-Aminu, 22, was guilty of committing blasphemy for a song he circulated via WhatsApp in March.

Mr Sharif-Aminu, however, did not deny the charges.

States across Muslim-majority northern Nigeria use both secular law and Sharia law, which does not apply to non-Muslims.

Only one of the death sentences passed by Nigeria’s Sharia courts has been carried out since they were reintroduced in 1999. 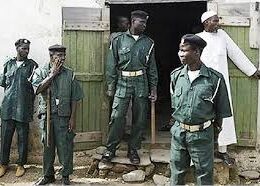 A 43-year-old Islamic studies teacher, Mr Abdulsalam Salaudeen, has been arrested by the police for defiling a five-year-old…
byMiebaka Inyeinengi 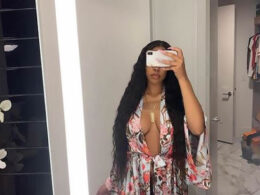 Another Dangote’s Mistress Calls him out, Uploads Raunchy Video of Him

Another American woman has posted a video of Aliko Dangote exposing parts of buttocks, marking a second bout…
byPhilip I. Thomas