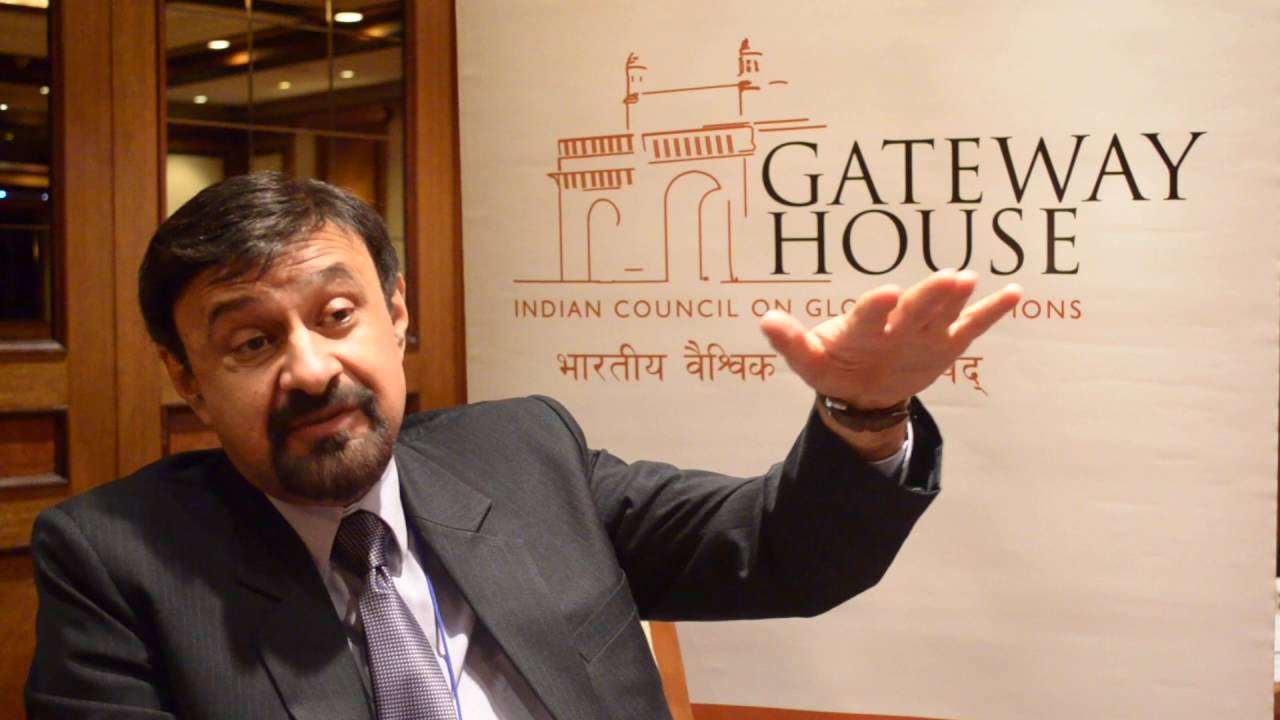 He has led numerous development initiatives in diverse country settings, ranging from fragile states like Afghanistan and Somalia

Dr Kapoor, a citizen of India, has been the Director for Strategy and Operational Policies since February 2012, when he joined the African Development Bank. He has an established track record of effectively engaging national governments in high level policy dialogue, catalyzing policy change in a variety of difficult economic and political settings and supporting development initiatives through innovative project finance.  He had earlier worked as a manager and development economist with the World Bank, where he managed an annual portfolio of projects in excess of $1 billion.

He has led numerous development initiatives in diverse country settings, ranging from fragile states like Afghanistan and Somalia, to small island economies like Mauritius and Sri Lanka, to large and fast growing economies like Bangladesh and India.

In his capacity as Director of Strategy and Operational Policies, he helped to lead the preparation of several strategies for the Bank Group, including the Bank’s Ten Year Strategy and Private Sector Development Strategy. As Acting Vice President for Sector Operations, he provided leadership for the preparation of the Feed Africa and Jobs for Youth strategies of the Bank. He led the process for amending the Bank’s Credit Policy to enable eligible African Development Fund countries to get access to the African Development Bank resources, a move that has enabled the Bank to significantly scale up its support to Africa’s least developed economies. More recently, he guided the preparation for the Bank’s new Results Based Lending Policy.

As the Bank’s Sherpa for the Heads of Multilateral Development Banks group, he routinely organized high level exchanges with leaders of multilateral finance institutions to shape thinking on issues impacting international financial architecture. As the Bank’s representative to the G20, he played a central role in the development and implementation of the Compact with Africa initiative. As a member of the Senior Management Coordinating Committee and the Bank’s Operations Committee, a key aspect of his role in recent years has been to build strong relationships across the Bank, to help complexes succeed in the work that they are doing and to promote a “one-Bank” culture.

Dr. Kapoor holds a PhD degree in Economics from the George Washington University, USA. Prior to joining the African Development Bank Group in 2012, he held a series of senior positions with the World Bank Group, including the World Bank’s Representative for Uganda and Zambia and the World Bank’s Sector Manager for its poverty reduction, economic management and governance program in Asia.

Commenting on his appointment, Dr.. Kapoor said “I am excited and truly honoured to be appointed as the Director General for Southern Africa. I look forward to leveraging my diverse experience from within and outside the African Development Bank to build a healthy, high impact sustainable business in the Southern Africa region through an engaged skilled workforce across the region.”

The President of the African Development Bank Group, Dr. Akinwumi Adesina said of the appointment “Dr. Kapoor brings wide experience and a deep knowledge of the operations of the Bank. He has provided rich strategic thought leadership for the Bank’s Strategy formulation and understands well the New Business Delivery Model of the Bank. Kapil’s depth of experience in high level policy dialogue, stakeholder engagement and his deep knowledge and experience in the Southern Africa region will further help in our drive for accelerated delivery and greater impacts for the Bank’s investments in the Southern Africa Region”.

President Adesina added: “I wish to thank Dr Josephine Ngure, who has been acting as the Director General for the past one year, for having stepped up and delivered outstanding work, providing leadership, direction and support for the Bank’s staff and operations in the region. I wish her continued success in her substantive role as Deputy Director General. I am confident that Kapil and Josephine will together help to drive the business of the Bank effectively”.

Other Appointments by The African Development Bank Group

Ms. Tshabalala, a citizen of South Africa, is currently the Executive Director of Barbican Advisory Group, South Africa, where she is responsible for Financial and Engineering Consulting, Transaction and Financial Advisory.

Ms. Tshabalala brings 26 years of experience in finance, treasury management and capital market operations. She graduated with a BA in Economics from Lawrence University in the USA in 1989. She obtained a Master’s Degree in Business Administration from Wake Forest University, USA in 1992.

Her early career included working as Trainee Client Manager for the Old Mutual Employee Benefits (1992-1993). Later, she worked as a Corporate Dealer for the Standard Bank Group for two years. She subsequently moved to the giant conglomerate, Transnet Limited, South Africa. Having worked initially in Treasury Operations, as Deputy Treasury Manager (1996-1998), Treasury Manager (1998-2001), she was promoted to General Manager, Corporate Services (2001-2004) at Transnet. In this position she oversaw the transformation of the old Portnet into the new Transnet National Ports Authority and Transnet Limited mandated to control and manage all eight commercial ports in South Africa.

Ms. Tshabalala was promoted to the Group Treasurer of Transnet (2004-2006), where she oversaw all treasury operations for all the divisions of the company, except South African Airways. She moved from Transnet in 2006 to become the Chief Executive Officer of the Industrial Development Group (IDG), where she worked until 2014. The operations of the IDG Group covered petroleum, mineral resources, energy and property.

Since 2015, Ms. Tshabalala has been the Executive Director of the Barbican Advisory Group, where she is responsible for financial and engineering consulting, transaction and financial advisory services. She owns her own consulting and advisory company, Kupanua Investments.

Ms. Tshabalala has built extensive experience as Non-Executive Director on the Board of Directors of several leading corporations, including MTN, Tiger Brands (SA) and South African Airways. She has previously served on the Boards of various Johannesburg Stock Exchange-listed companies, including Liberty Group South Africa, Standard Bank Group, STANLIB Asset Management Limited, Transnet Pension Fund and V & A Waterfront Holdings. She is also the founder and past Deputy President of the Association of Black Securities and Investment Professionals of South Africa.

Ms. Tshabalala brings solid senior management and leadership experience. With a background in banking, she has extensive experience in Finance and Treasury operations and strong knowledge in local and international capital markets.

Commenting on her appointment, Ms. Tshabalala noted: “I am excited to join the African Development Bank Group and be part of the talented senior management team that President Adesina has been attracting to the Bank. I am passionate about the Bank’s development agenda that has attracted global attention as bold and innovative for accelerating Africa’s development”.

“The African Development Bank Group already has world-class and high-performing finance and treasury teams. I am honored to join to lead these outstanding teams to further build the Bank’s financial strength and capability to help Africa achieve accelerated development”, said Ms. Tshabalala.

The President of the African Development Bank Group, Dr. Akinwumi Adesina said “I am delighted Ms. Tshabalala will be joining as our new Vice President for Finance and Chief Finance Officer. She brings extensive experience managing finance and treasury operations of large public and private sector corporations, where she has distinguished herself with a record of performance”.

“Swazi’s vast private sector experience will be highly valuable to the African Development Bank Group as we continue to build on the Bank’s very strong financial performance and drive innovative financial approaches to leverage more resources to deliver faster-paced development for African countries and the private sector”, said Dr. Adesina.

Dr. Magala, a citizen of Mozambique, is currently the Chairman and Chief Executive Officer of the Electricity of Mozambique (EDM).

He worked earlier at the African Development Bank from 2008-2015 in various roles, including as Principal Planning Economist and Strategist, Strategy Advisor, and Resident Representative of the Bank in Zimbabwe, prior to being requested to return to his country of Mozambique, to help revamp the nation’s utility company, the EDM. While at the Bank, he helped to lead the development of the Bank’s Ten Year Strategy.

Dr. Magala brings a strong transformation and reform mindset and experience. At the EDM, where he heads several thousand staff, he embarked on reforms to put in place performance based systems, cut back on layers of bureaucracy, implemented global talent hunts and established performance-based contracts.

Within two years, the performance of the EDM saw a rapid turn around. With recruitment of better-qualified and rewarded staff, EDM saw its revenue rise from $150 million to $500 million and on track to reach $1 billion by 2020. He has won acclaim for his work at EDM, earning the 2017 Personality of the Year in Mozambique, by the Blue Bird Club, the 2016 African Leadership Business Excellence Award and the Outstanding Contribution for Power, 2017 / 2018, by the African Utility Week Industry Awards.

Commenting on his appointment, Dr. Mateus Magala said “It is such a great honor to be appointed as Vice President for Corporate Services and Human Resources for the African Development Bank. I look forward to helping to further promote a culture of high productivity, performance and accountability for results, through attracting, rewarding, and retaining best-in-class staff talents”.

“Already, the Bank is the fourth most attractive company among employers in Africa. I look forward to working with President Adesina on his bold reforms and to help fast-track institutional systems and processes to make the Bank more nimble for faster responsiveness to the needs of our stakeholders, while accelerating the delivery of the operations of the Bank”, said Dr. Magala.

Speaking on the appointment, the President of the African Development Bank, Dr. Akinwumi Adesina said “Dr. Magala has led institutional reforms successfully and brings innovative ideas, creativity, passion, drive and determination to implement reforms. He is results-oriented. I expect that he will be able to effectively align the human resources and corporate services to support the Bank on its lending and non-lending operations to achieve greater impacts”.

“Dr. Magala, who is from a Lusophone or Portuguese speaking African country, also becomes the first-ever Vice President of the Bank from a Lusophone country in the Bank’s 54 year history. This reaffirms my strong personal commitment, and that of the Bank, to greater diversity, inclusiveness and broad-based representation within the Bank Group”, said Dr. Adesina