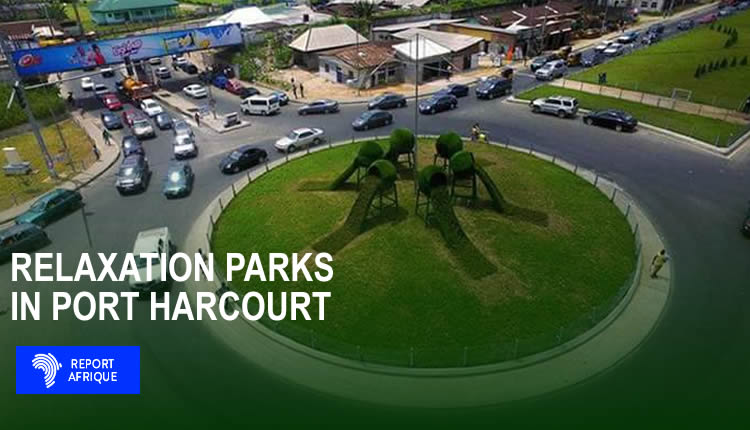 Port Harcourt, the capital city of Rivers State is dubbed the “Garden City of Nigeria’ for its greenery and beautiful locations. The orderly planning, aesthetic beauty, open spaces, parks and playing fields, and well caved greenery layered over its the landscape earned the appellation “Garden City”.

Founded in 1912, and named after Sir Lewis Vernon Harcourt – the then secretary of states for the British Colonial government- the city’s beauty endeared her to many and made her a tourist destination of choice.

Despite recent population explosion that has engulfed the city making it one of Nigeria’s busiest commercial cities, Port Harcourt has not lost her old beauty of greenery that sets her apart from other cities in Nigeria.

Report Afrique took out time to list beautiful parks that are a must-visit for anyone visiting the city of Port Harcourt and the costs associated with gaining entry into them below:

Port Harcourt PLEASURE PARK is a public recreation park located in the heart of garden city of Port Harcourt. It is located along Aba Road, between the Army Barracks (Bori Camp) and the Air Force base junction on an expansive open land.

The purpose of the pleasure park is to serve as both a tourist destination and a revenue generator for the state. Hence, entrants is paid for. It cost N500 for adults and N300 for kids to gain entrance into the park.

The pleasure park has a green area, an artificial pool and a sea ferry. It also has a bar, a cinema and a game house.

On numerous occasions between 2006 and 2013, the park hosted the annual international trade fair and continues to serve as venue for memorable events such as the Armed Forces Remembrance Day, the Workers’ Day and the National Youth Service send-off parade ceremonies.

Entry into Isaac Boro park is free. Entrance attracts a minor fee when used for trade-fair.

Garden City Amusement Park was passionately created and developed to fill a niche market in the attractions industry; to provide recreation, leisure, entertainment and edutainment in Port Harcourt, its environs, Africa and to the world.

Garden City Amusement Park is designed and built with passion and love to entertain, educate, recreate, inspire and develop the physical, mental and spiritual wellness of everyone who visits the facility.

Entry into the park attracts N500 for adults and N200 for kids.

Port Harcourt Zoo is a state owned zoological park in along the industrial layout area of the city. The zoo was established in 1974 by then military governor Alfred Diete-Spiff and was officially opened to the public on 1 October 1975.

Located within Trans Amadi, in Obio-Akpor, Rivers State, The Port Harcourt Zoo has been ranked among the major tourist attractions in the city and is considered one of Nigeria’s leading conservation centres.

The Port Harcourt International Airport is approximately 14 miles northwest of the park. By 18 June 2012, the Rivers State government had announced plans to introduce new animals to the zoo and completely revamp its state to match global standards.

The Port Harcourt Tourist Beach is a white sand urban beach in Port Harcourt, Rivers State, created in 1988. It is located along Kolabi Creek, east of the Old Township district, and about 146 miles from Kribi in Cameroon. There is another nice and beautiful beach in port harcourt, which is Kalio Beach, beach parties are held there every 2nd January to celebrate a new year.

The beach is designed to cater for the recreational needs of everyone especially young people. It is visited by both tourists and residents, and it is one of the most popular beaches in Port Harcourt.

There is no fare attached to entry into the beach.