An investigation carried out by the New York Times has indicted, with visual proofs,  the Nigerian military of out-rightly shooting and killing unarmed civilians at different instances in Nigeria.

A video evidence documenting the undue killings was published on the New York Times’ website and Youtube channel on December 17 detailing how an elite army unit that directly reports to the Nigerian president, Muhammadu Buhari, carried out the massacre of protesting civilians in the country’s capital city of Abuja.

The video also cited the killing of over 300 Shiites civilians in 2015 by the Nigerian military. The bodies of the victims were admitted buried in a mass grave without the consent of their families  by the military.

The Nigerian military reacted to the killing of the Shiite protesters in Abuja saying its officers were provoked and  merely acting in self-defense. New York Times’ video disproves this claim as it shows that the protesters were  peaceful until the military arrived the scene and started shooting at them with live ammunition.

President Buhari’s regime has been marred with extra judicial killings of protesters across various regions in Nigeria. In 2016, Amnesty International indicted the Nigerian military with a video evidence of the massacre of over 150 pro Biafra activists in the eastern region of Nigeria.

“The Nigerian security forces, led by the military, embarked on a chilling campaign of extrajudicial executions and violence resulting in the deaths of at least 150 peaceful pro-Biafra protesters in the south east of the country, according to an investigation by Amnesty International published today.” Amnesty said on its website.

“Analysis of 87 videos, 122 photographs and 146 eye witness testimonies relating to demonstrations and other gatherings between August 2015 and August 2016 consistently shows that the military fired live ammunition with little or no warning to disperse crowds. It also finds evidence of mass extrajudicial executions by security forces, including at least 60 people shot dead in the space of two days in connection with events to mark Biafra Remembrance Day.” Amnesty further explained in its publication.

In November, The Nigerian Army called for the closure of the Amnesty International offices in Nigeria, alleging there is credible evidence the organisation is working hard to destabilize the country.
A statement by the military claimed that Amnesty International’s alleged attempt to destabilise the nation was noted through the fabrication of ‘fictitious’ allegations of human rights abuses against the Nigerian security forces.

This action against Amnesty International came a few days after the Nigerian army accused UNICEF of aiding terrorism in the North-east of Nigeria and cancelled its mission with UNICEF.

A video has appeared online showing the murder of Jenifer Attoh, the late wife of Ghanian actor Chris…
byMiebaka Inyeinengi 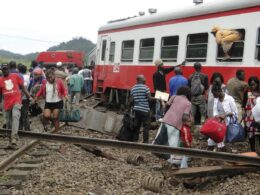 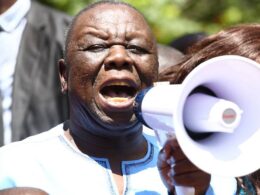 Zimbabwe opposition leader Morgan Tsvangirai died on Wednesday in South Africa after a long battle with cancer, the…
byDesmond Ejibas 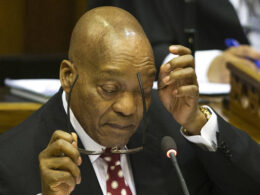