It was the Devil’s handwork – accused

A senior pastor of the Alter of Solution Church, Chideiebere Okoroafor, has been arrested by the police for killing four persons, including a member who was pregnant for him and a 9-month-old infant, in Oyigbo local government area of Rivers state.

The nine-month-old baby, Christabel Joseph, was strapped to the back of the pregnant Onweagba even though Ezeawa was the actual mother. The baby was said to have hit her head on the ground and died when the pastor allegedly pushed Onweagba to the ground according to his confessions.

Pastor Okoroafor, who hails from Arochukwu in Abia State, was said to have committed the offence in his desperate attempt to hide the fact that he had impregnated 25-year-old Onweagba.

It was gathered that the Rivers State Police Command began to suspect the pastor when it got information from one of the neighbours of the deceased that they (Ezeawa and Onweagba) had been missing since they said they were going to see him (pastor) to sort out a matter bordering on pregnancy.

A statement by the Rivers state police command on the issue reads in parts “The Suspect in confirmation to his confessional statements took detectives to the various scenes and reconstructed the act of how he snuffed lives out of them.

Autopsy has been carried out on all the corpses confirming the cause of death. This murder is

premeditated, callous and devoid of human sympathy displayed by the suspect on his ever trusting girl friend and fellow church member.

Suspect will soon be charged to Court.”

Below is the police statement in full:

GENTLEMEN OF THE PRESS:

I welcome you again barely two days after showcasing the arrest of the killers of Heaven Ogbogbo Ihuigwe, the PDP Chieftain from Ogbogoro who was murdered in cold blood and his body dumped in a cassava farm at Rumuekini.

Today I have invited you to share with you yet another achievement by the Command where a Pastor in a most bizarre manner gruesomely murdered three of his own flocks, including an unborn child.

The unfortunate incident started unfolding when on 11th December 2017 at about 1100hrs the whereabouts of Ada Concila Ezeawa ‘F’, Christabel Joseph ‘F’ and Uluoma Onweagbo ‘F’ became unknown to their close ones resulting in the lodgment of a formal complaint of their disappearance at the Afam Divisional Headquarters.

After Preliminary Investigation by the Police coupled with diligent search by members of the Community, the decomposing corpse of Uluoma Onweagba ‘f’ and baby Christabel Joseph ‘f’ 9 months old were discovered in a bush located along Afam-Igberu road on 13/12/17.

Their corpses were immediately evacuated and deposited at the Mortuary pending further Investigation. On 18/12/17, six days after the recovery of the corpse of Uluoma and the baby, the decomposing corpse of the real Mother, one Ada Concila Ezeawa was recovered in an uncompleted building at Izuoma Community in Oyigbo LGA. The corpse which had decomposed rapidly was evacuated and deposited at a Mortuary pending further Investigation by the Police.

Investigation commenced in earnest at the State CID with the constitution of a Team of seasoned Investigators headed by the Deputy Commissioner of Police State CID, Port Harcourt. The above named Pastor who was said to be having an amorous relationship with one of the deceased, Uluoma Onweagba ‘f’ aged 25yrs was invited, interviewed and interrogated pertaining the Murder of the aforementioned deceased persons. He was subsequently detained as his explanations were not convincing, particularly with the information at the disposal of the Investigators that the deceased persons had on 11th day of December, 2017 informed close neighbours that they were going visit the pastor over a pregnancy issue involving the deceased Uluoma Onweagba.

On the 9th of February, 2018 faced with overwhelming evidence and facts linking him with the death of the deceased persons, the Pastor confessed to the commission of the said murder of all the deceased persons. Dwelling on the trust the deceased persons had on him, he manipulated the two women on the said date of murder by first luring Ada Concila Ezeawa to an uncompleted building while telling the other deceased person to wait three poles away that he was coming to join her.

After strangulating the late Ada Concila Ezeawa in an uncompleted building, he now joined Uluoma Onweagba along Afam Road where they took a tricycle (Keke) to Afam Roundabout before taking a motorcycle (Okada) to an isolated farm on Igberu Road and walked with her on a track road and gruesomely murdered her in the surrounding overgrown bush, with a baby strapped to her back. She was suffocated with the wrapper she used in strapping the baby to her back. The baby was equally discovered dead.

The Suspect in confirmation to his confessional statements took detectives to the various scenes and reconstructed the act of how he snuffed lives out of them.

Autopsy has been carried out on all the corpses confirming the cause of death. This murder is premeditated, callous and devoid of human sympathy displayed by the suspect on his ever trusting girl friend and fellow church member.

Suspect will soon be charged to Court.

Gentlemen of Press, once again let me thank you for coming and wish to assure you that the command will bring to book all persons involved in any heinous crime. I also want to thank members of the public for their support and prompt information rendered in the course of this Investigation. 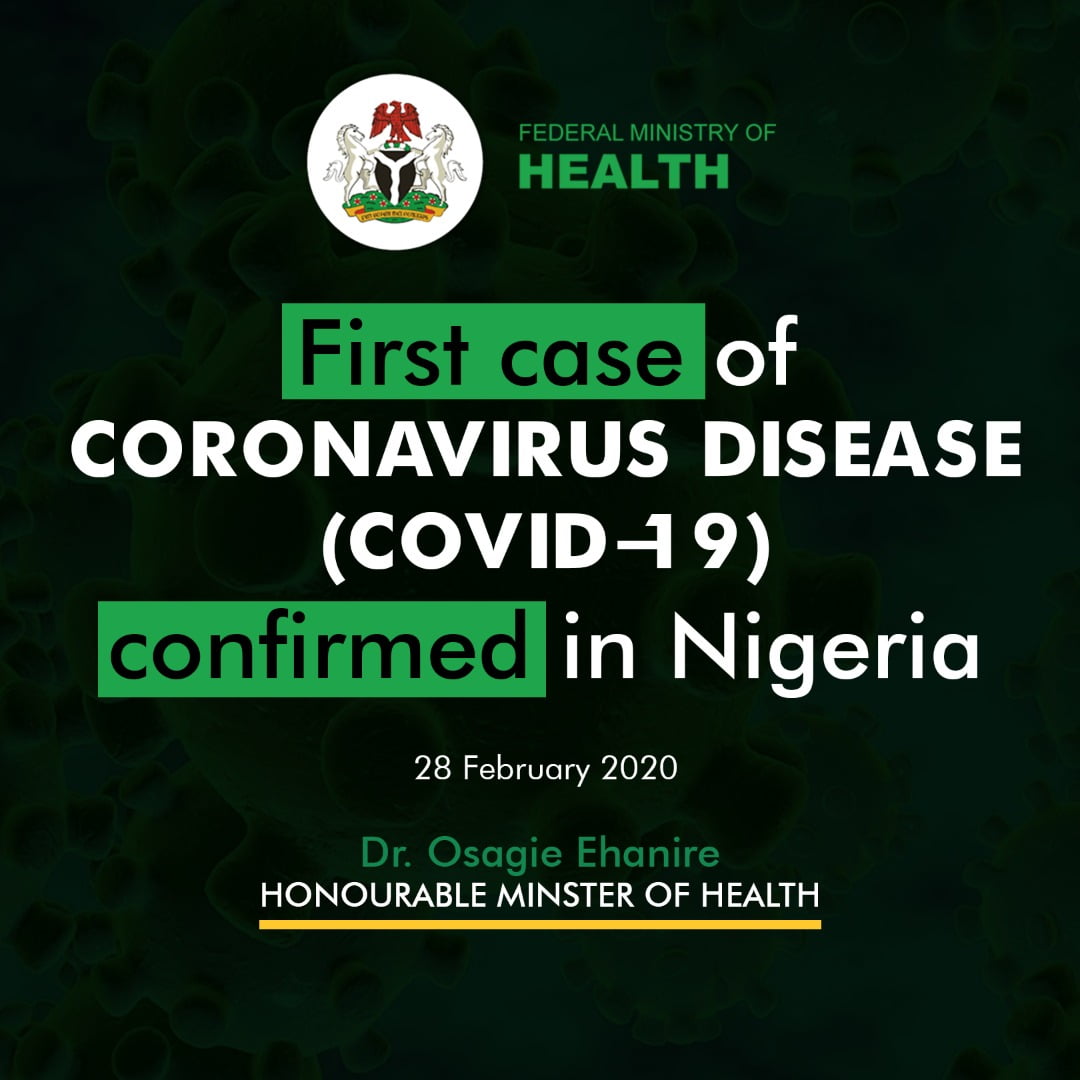 Seyi Makinde, governor of Oyo state, has tested positive for coronavirus. The governor took to his Facebook page…
byDesmond Ejibas

Breaking: PDP Asks INEC to Stop Announcement of Results Until Card Reader Data is Made Available