A former minister and stalwart of the opposition People’s Democratic Party (PDP) Femi Fani-Kayode on Tuesday urged the party’s presidential candidate Atiku Abubakar to form a parallel government in the country  after faulting the electoral process in the ongoing presidential elections.

“He must reject the results and give the FG an ultimatum to declare the authentic results, failure of which he will form a Govt,” Fani-Kayode said in a tweet.

After the announcement of results from 16 states of the federation including the Federal Capital Territory (FCT), Abuja by the Independent National Electoral Commission (INEC), it was evident that incumbent president Muhammadu Buhari was in the lead with over a million votes between him and Atiku.

Fani-Kayode, a former aviation minister, said the presidential election held in Nigeria on Saturday, February 23 was a ‘charade’ and should be disregarded.

Although INEC was yet to declare anyone as the winner of the presidential election, the former minister called on Atiku, who served as Nigeria’s vice president from 1999 till 2007, to rebel against anyone elected president if he does not win.

“The election was a charade,” Fani-Kayode declared.

Fani-Kayode argued that the presidential election results that have been announced were not a reflection of the votes cast by the electorates.

According to him, “If this charade is allowed to stand, the country is finished! Then the authentic results collated by PDP from the 119,000 PUs must be released to the public and the international community.”

“Atiku should now brace up to defend the choice of millions of Nigerians who risked their lives on Saturday, defied tyranny and oppression and spoke through the ballot,” Fani-Kayode said.

He also advised Atiku to mobilise the citizens to “order civil disobedience throughout the nation.”

Fani-Kayode is known to be antagonistic of the Buhari-led government and has been accused of taunting the government with different comments.

A day earlier, the national chairman of the PDP Uche Secondus said the results being announced by INEC were “incorrect and unacceptable” to the party.

“All results currently being announced by the Independent National Electoral Commission (INEC) is incorrect thus unacceptable to our party and people,” Secondus said on Monday.

The PDP on Sunday, barely 24 hours after voting closed across the country, asked INEC to announce its candidate Atiku Abubakar as the winner of the election in spite of the result not being centrally collated.

PDP’s spokesman Kola Ologbondiyan said the delay in the central collation of the presidential election results was a deliberate attempt by the ruling All Progressives Congress and the Nigerian government to swing the election in its favour.

“In delaying the announcement of the results, Prof. Mahmood Yakubu is allowing the APC to turn him into a villain and directly pitching him against the people,” Ologbodiyan said in a statement on Sunday.

“He should therefore extricate himself from the rejected APC and be on the side of the people, by immediately announcing the results as already delivered at the polling units and declare, the people’s candidate, Atiku Abubakar, the winner.” 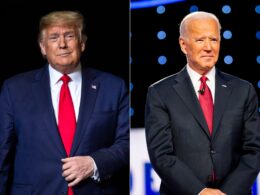 U.S President-elect, Joe Biden on Tuesday formerly introduced the first people he has chosen for his cabinet as…
byOsaze Isesele
Read More

US, UK Warn Against Rigging in Nigeria’s February Polls

The United States and the United Kingdom announce repercussions, including visa restrictions, for election interference and election-related violence.…
byMiebaka Inyeinengi

Gay get together sites give a lot of possibilities designed for communication. onlinehookupsites.org/gay-hookup-sites Someone quickly needs to speak…
byDesmond Ejibas