Eyewitness accounts on the social media claim about seven persons or more may have been killed at the Lekki tollgate by soldiers, a rich suburb in the city of Lagos where protesters have camped for days, after the military shot at thousands protesting peacefully on Tuesday.

Without issuing the standard rules of engagement, soldiers shot at protesters with live ammunition after they defaulted a 4pm curfew hurriedly imposed by the Lagos state government.

An eyewitness told REPORT AFRIQUE that the street lights were turned off and the CCTV cameras disabled before the shooting began late Tuesday.

Graphic videos of wounded protesters were posted on the internet as citizens lament the government’s recent gruesome approach to the protests.

Citizens were protesting against police brutality and also demanded for good governance in a 3-Week long protests that later gathered global support with protests in the UK, Canada and the US staged by Nigerians living abroad.

Many have condemned the killings and called for the resignation of Nigeria’s president Mohamadu Buhari.

Governor Sanwu-Olu of Lagos state imposed a state-wide curfew and deployed riot police on Tuesday in response to the growing protests.

“Dear Lagosians, I have watched with shock how what began as a peaceful #EndSARS protest has degenerated into a monster that is threatening the well-being of our society,” Babajide Sanwo-Olu wrote in a tweet as he announced.

However, protesters defied the curfew and continued the protest before they were disperse by live bullets fired from the Nigerian security forces un the evening. 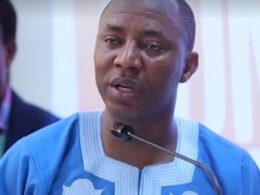 Activist and publisher of Sahara Reporters online newspaper, Mr. Omoyele Sowore has been arrested by the police in…
byPhilip I. Thomas 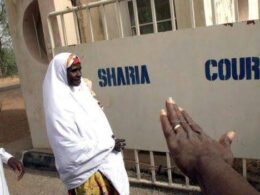 A court in Kano state, Nigeria, has acquitted a Muslim man, Faruq Umah, who was earlier sentenced to…
byPhilip I. Thomas 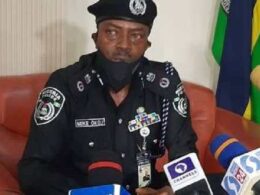 Rights activist and convener of  the Concerned Nigerians group, Deji Adeyanju, has been re-arrested according to sources close…
byMiebaka Inyeinengi