Port Harcourt – The National Human Rights Commission (NHRC), says it is concerned over rising cases of sexual and gender based violence in Nigeria.

The NHRC’s Executive Secretary, Mr Tony Ojukwu expressed his concern at a two-day Special Investigation Panel on Sexual and Gender Based Violence (SGBV) in Nigeria organised by NHRC in Port Harcourt.

Ojukwu said the public hearing partly sponsored by the European Union and United Nations Spotlight Initiative sought to create awareness of the prevalence of SGBV in the country.

According to him, the Federal Government worried over the situation has now fully committed to tackling the vice and seeking justice for victims of sexual violence.

“Sexual and gender based violence is a human problem which even though affects both sexes weighs heavily against women and girls.

“SGBV has been booming in Nigeria because most victims do not come out to speak for fear of discrimination, stigmatisation and because they don’t get remedy.

“The NHRC wants to change this menace which is prevalent in our society and shrouded in silence discrimination and stigmatisation of women.

“So, this hearing seeks to create awareness that there are consequences to sexual violence and that perpetrators would be held accountable and victims compensated,”he said.

“So, this hearing seeks to create awareness and restore public confidence that government is listening as perpetrators would be held accountable and victims compensated,” he said.

Ojukwu said that research had shown that one in three women in the country would in their lifetime experience sexual or physical violence.

He said the panel had so far received over 40 petitions of SGBV from victims in Rivers in the second round of its hearing also held in Adamawa, Abuja and Sokoto.

The executive secretary added that the Federal Government had so far been unable to reduce the rising cases of sexual violence due to interference of traditional and religious leaders.

“Traditional and religious rulers are frustrating our fight on SGBV because they use cultural and traditional practices to settle cases which in itself encourages perpetrators to commit more sexual violence.

“So, there has to be awareness among the traditional rulers, chiefs and religious leaders on the new way of thinking that is not based on the old traditional practices.

“The new way must be based on human rights and acknowledgement on the equality of women for sexual violence which they have suffered,” he pointed out.

The Secretary of the Panel, Mr Okey Agu, said the panel would receive and investigate SGBV cases as well as listen to testimonies of victims.

He said the panel had mapped out eleven objectives to address, including review of extant laws and give perpetrators the opportunity to tell their own side of the story.

Others are to identify victims of violations during raids by joint security task forces; raise awareness for people to speak up; end impunity; document incidences of SGBV and formulate policies for the government.

Speaking, Mrs Stella Amanie, Leader of Society for Women and Youth Affairs in Rivers, said that Civil Society Organisations were faced with challenges to effectively fight sexual violence against women.

She named the challenges of handling sexual abuse cases to acceptance of victims to speak up; logistics to handling cases and shortage of funds to effectively prosecute cases. 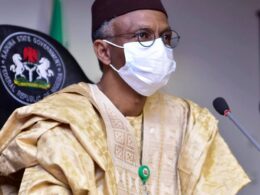 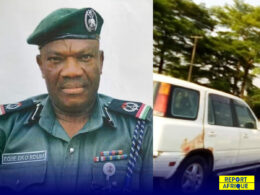 An officer of the Nigeria police, ACP Egbe Edum, has been axed to death after the car he…
byPhilip I. Thomas 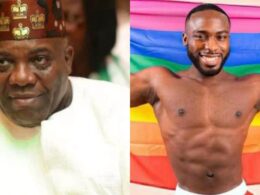 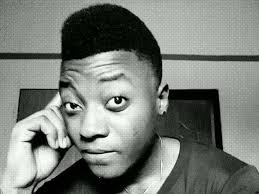 Sodienye Mbatumukeke , the man who killed one Chukwuma Eleje, a Jumia delivery man in Port Harcourt in…
byPhilip I. Thomas