In line with its pan-African and Africa integration agenda, the government of Rwanda through the Rwanda Convention Bureau and Rwanda Development Board has accepted to host the 2018 edition of the African Movie Academy Awards in Kigali in September.

According to a statement issued in Lagos by the organisers, the event will hold at the Radisson Blu Hotel & Convention Centre on Saturday 22nd, 2018.

The 2018 nominees for the awards will be unveiled on July 21st at a media and industry event. German filmmaker and Berlin Film Festival curator, Dorothy Wenner has also been announced as the President of the AMAA Jury for 2018.

On the 12th of June, 2018 AMAA held a social media conference in Kigali as part of pre-events to the main award show and had more than 300 students and social media enthusiasts in attendance.

It will be recalled that the awards which has been in existence since 2005 held the nominations gala event in Kigali in 2017 as part of the activities to expand the frontiers of unity and integration in Africa.
AMAA according to the founder, Ms. Peace Anyiam-Osigwe, remains the biggest and most credible jury-based reward system for filmmakers and professionals in the motion picture industry from Africa and Africans in Diaspora.

“It remains a fact that AMAA is the longest running Pan-African awards in the whole of Africa. Similar awards in film, music and virtual arts have come and gone. Since 2005 we have worked to keep and protect the integrity of the awards. This is why we can partner with Rwanda, a country where excellence and professionalism drive business and governance. The interesting thing about AMAA this year is that visitors especially Africans will not struggle to have visa as all visas will be processed on arrival. We want to thank President Paul Kagame and other African leaders that are making people’s movement within our continent very easy while we call on other African countries to have Visa on arrival policy if we can’t remove visa completely. Our people will prosper and there will be shared prosperity when we can travel and do business and even for holidays easily within Africa,” she said. 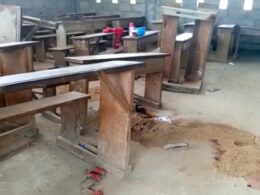 Gunmen have opened fire killing at least 6 school children in separatist insurgents controlled areas of Cameroon, according…
byPhilip I. Thomas 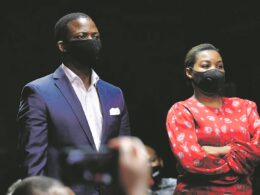 How Bushiri, wife connived with authorities to get Smuggled out of South Africa to Malawi in president Chakwera’s hired Plane – Report

“Two limitless local resources—energy from the sun and local confidence— that’s what it takes to win,” asserts CEO…
byMiebaka Inyeinengi