Justice Sylvester Adiewere Nsofor, 85, Nigerian ambassador to the United States is dead following a brief illness at Maryland hospital in the United States according to a source at the Nigerian Mission and the Ministry of Foreign Affairs.

Nsofor until his demise was Nigeria’s ambassador to the United States since assumption of office on November 13, 2017.

The appointment which was Nsofor’s first ambassadorial posting was previously denied after his confirmation hearing on March 1, 2017.

Born March 17, 1935 in Oguta, Imo State, Nigeria, Justice Nsofor after his first unsuccessful nomination was renominated by President Muhummadu Buhari and was finally confirmed as Ambassador to the United States on June 7th, 2017.

Nsofor is survived by a wife and three children.

What you should know about Sylvester Nsofor

In 1962, Justice Nsofor graduated from the Holborn College of Law and bagged an LL.M from the London School of Economics in 1984.

He started as a College of Law teacher in 1964 at the Holborn college of Law before proceeding to private practice in 1977. Nsofor afterwards was called to the bench where he served as a judge of the Imo State High court back in Nigeria until his retirement as a justice of the Court of Appeal of Nigeria.

Nsofor was nominated by President Buhari in 2017 for the ambassadorial position though he was not successful following his inability to recite the national anthem, as he had been instructed by Gbenga Ashafa, an All Progressives Congress (APC) senator representing Lagos East.

In his response, the octogenarian defiantly told the senate that there was no way he would and that he should have been sent a syllabus.

When Monsurat Sunmonu, Chairman of the Senate Committee on Foreign Affairs, presented her report on Nsofor’s screening, she said: “His responses to the issues raised were either not answered or devoid of details and mostly satirical.”

However, after a more solid appearance before the Senate, Nsofor’s nomination was accepted though there were petitions raised questioning his advanced age and ability to perform.

A Department of State Services (DSS) report maintained that he would not be able to perform the duty of an officer due to his age but nonetheless, the committee believed that he should not be penalised based on age since he was able to demonstrate the requisite skills during the exercise.

In 2003, Nsofor was referred to as the ‘Poor’ 82-Year-Old Ambassador designate who opposed Obasanjo’s election victory in an investigative report after as his dissenting vote in a panel set up to prevail in a contested presidential race between Muhammadu Buhari, presidential candidate of the All Nigeria Peoples Party (ANPP), and the incumbent Olusegun Obasanjo, candidate of the Peoples Democratic Party (PDP).

In 2019, Justice Nsofor was seen a viral video dancing to a hit song by popular Nigerian music artiste – Davido.

The leadership of a faction of the ruling All Progressives Congress (APC), known as nPDP, has announced withdrawal…
byMiebaka Inyeinengi 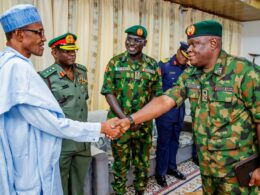 Nigerian televangelist and founder of the Synagogue Church of all Nations (SCOAN), Prophet T.B Joshua, had prophesied, last…
byPhilip I. Thomas 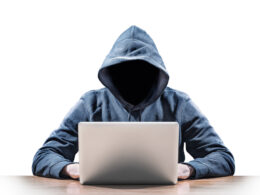 Data for Nothing: Fraudsters Use Fake Gift Cards to Lure Consumers into Handing Over Personal Data

While industry and law enforcement agencies from around the world are busy fighting against cybercrime, criminals themselves are…
byDesmond Ejibas