Northern Governors Back Plans to Censor the Social Media

Abuja, Nigeria – The Northern Governors Forum on Monday declared their support for the Federal government to censor the social media to check the spread of fake news in the country.

The Forum expressed its support for the FG to censor the social media in a communique issued by its Chairman and Governor of Plateau, Mr Simon Lalong.

This followed the governors meeting in Kaduna, which was attended by traditional rulers and other key stakeholders in the region.

The meeting took note of the devastating effect of the uncontrolled social media in spreading fake news and called for major control mechanisms and
censorship of social media practice in Nigeria.

It also expressed support for the reform of the police to strengthen their capacity.

“Forum appreciates the major reforms going on in the Police Force and pledges to support Mr. President on this course.

“The meeting resolves to support the Nigerian Police Force to serve the country better and calls for the strengthening of trust between the people and the Police,” it said.

The Forum set up two committees to push for statutory roles for traditional rulers and engagement with youths and civil society organisations.

The Committee on Roles of Traditional Rulers is headed by the Emir of Lafia, Sidi Bage, with two representatives from the National Assembly and a minister as members.

The Committee on Youth and Civil Society Organisations has the Emir of Zazzau, Ahmad Bamalli, as Chairman.

The forum has representative of elders, youths, women and persons with disability as members from each of the three zones.

Others are representatives of Muslim and Christian clerics, business community and police.

“These engagement committees are to commence work immediately,” it said.

The meeting rejected and condemned the subversive actions of some #EndSARS protesters and endorsed “the indivisibility, indissolubility and oneness of the nation.”

It commended the National Assembly and the Presidency for being proactive in addressing the issues of protests across the country.

The governors also called for an amicable resolution of the ASUU strike to enable students resume their studies.

The forum agreed to hold the meeting regularly and expand it to involve other critical stakeholders such as religious leaders, business community and youths leaders.

It appreciated the roles of religious groups, JNI and CAN, for their positive interventions in resolving the #EndSARS conflicts.

The forum called for collective efforts in addressing the lingering challenges of the region, such as Almajiri system, insecurity, illiteracy and poverty.

The forum also appreciated the youths in curtailing the spread of hooliganism, thuggery and other separatist tendencies during the #EndSARS protest.

“The meeting expressed concern over the low level involvement of relevant of stakeholders in the implementation programmes of government and calls on the relevant agencies to review implementation strategies to make for maximum impact and benefits,” it said.

The meeting was attended by the Senate President, Ahmad Lawan, and Chief of Staff to the President, Prof. Ibrahim Gambari, among other dignitaries. 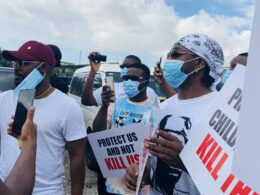 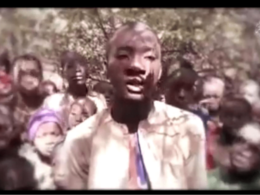 Hundreds of kidnapped schoolboys who are students of the Government Science Secondary School, Kankara, in Katsina state have…
byPhilip I. Thomas