Abuja, Nigeria – Convener of the Revolution Now Group, Omoyele Sowore has been granted bail by a Chief Magistrate Court sitting in Wuse Zone 2 in Abuja.

Supporters of Sowore, a former presidential candidate and activist converged at the Chief Magistrate court singing and dancing while demanding for his release.

Mr. Sowore arrived court with the other defendants where the Chief Magistrate of the court proceeded to give her ruling on the bail application filed by the their lawyer.

The court granted Mr. Sowore bail in the sum of N20 million and demanded he presented two sureties. The court further ordered that one of the sureties must be a civil servant not below grade level 12.

Ms Segun-Bello, in her ruling, said the court granted Mr Sowore and his co-accused bail because they did not fall short of the conditions of their detention. She added that the bail was given to fulfill their fundamental rights to liberty.

Bello also ordered in her ruling that Mr. Omoleye Sowore is not meant to travel outside Abuja or the country in addition to physically reporting to the court registrar every Monday and Friday.

Meanwhile, regarding the other four defendants, the court granted bail in the sum of N1 million each and one surety.

However, Lawyer to the defendants, Marshall Abubakar, expressed his personal sentiments while speaking to journalists that he is not entirely satisfied with the bail conditions as given in the judgement of the court.

He further noted that the bail conditions are meet-able and that they are at the verge of meeting the conditions.

The first defendant, Omoyele Sowore also reacted to the bail conditions while speaking to the press.

“I am their target as you can see, for the second time a judge is asking me to remain in Abuja and not travel abroad and given a bail condition to produce a civil servant which is unlikely to want to risk his job”, Omoleye Sowore said.

With bail granted to all the defendants, the court adjourned the case to the 5th of February for trial.

The defendants were arrested in the early hours of January 1st, 2021 and are standing trial for alleged unlawful assembly, criminal conspiracy and inciting public disturbance. 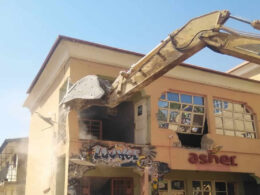 Kaduna State government has demolished a hotel in Barnawa area of the state for allegedly planning to host…
byPhilip I. Thomas 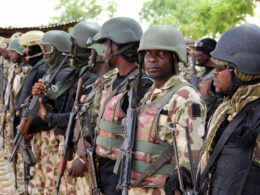 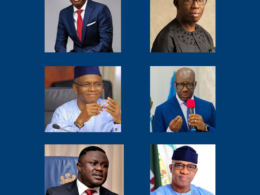