Khonza is sung in a language called “kekelingo” which is Kekelingo’s own spiritual language expressed and sung through chant, with no meaning but translates through the emotion of feeling. It is inspired by the day Kekelingo was born and his reason and purpose for being on earth.

“I’ve always imagined how I sounded like as a baby, the day I was born,” shares Kekelingo thinking about his amazing mother who gave birth to him by herself at home in a four roomed house in Soweto.

“I wrote Khonza as a thank you to my late mother, grandmother and my sister. Powerful and strong African Queens that raised and shaped the man that I am today. I featured songstress Ami Faku because I knew her voice will represent the gentleness and loving nature of these incredible Queens that I hold dearly in my heart and spirit being,” adds Kekelingo.

“Kekelingo and Ami Faku have created one of the most special pieces of music I’ve heard in very long time. The sound will resonate around the world and I can’t think of a better time than the present to appreciate it,” shares Ninel Musson, Director at Vth Season.

Kekelingo’s Khonza with Ami Faku can be streamed online. The video is available on Youtube.

Having spent the last three years working in theatre productions as a music curator and performer with The Centre for the Less Good Idea in Maboneng, which saw Kekelingo perform in Holland last year at an arts festival, Kekelingo is excited to reconnect with fans again releasing music. 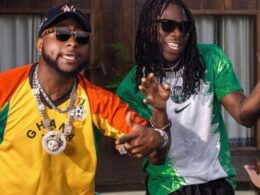 Stonebwoy And Davido To Host ‘Activate Party’ At Sandbox Beach

Stonebwoy and Davido to host ‘Activate Beach Party’ which comes up on Monday, December 28, 2020, at the…
byChristopher Sowah 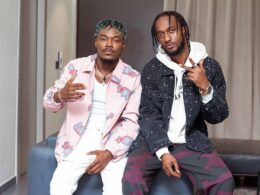 Singer Camidoh has recruited UK-based Eugy Official for the remix of his popular 2020 single, ‘Available’. It was…
byChristopher Sowah
Read More