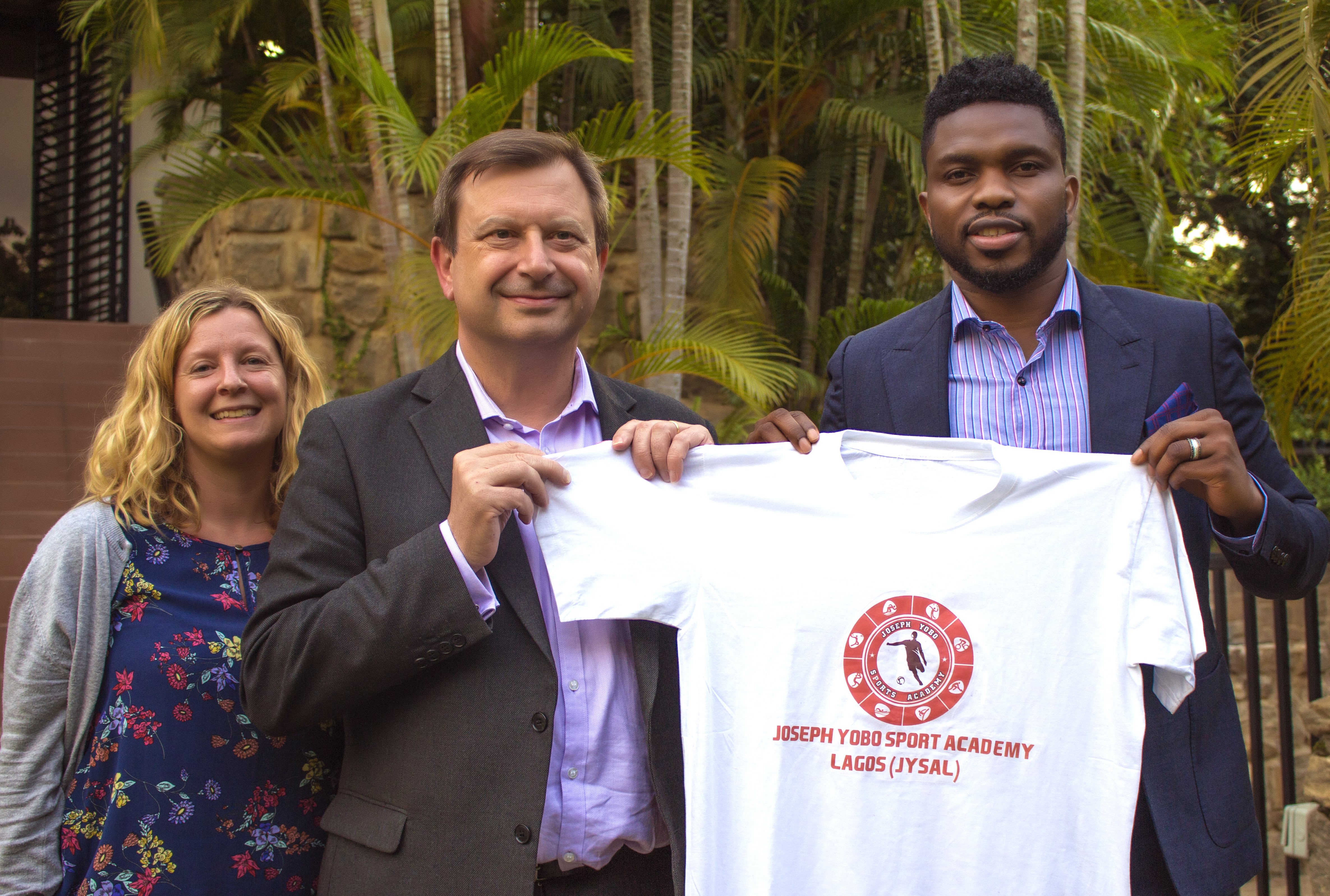 Abuja, Nigeria – The British High Commissioner to Nigeria, Mr. Paul Arkwright has expressed the commitment of the UK to support football development in Nigeria. The ambassador made this known in Abuja on Wednesday as he played host to former Super Eagles and Everton Captain Joseph Yobo who is set to launch a sports academy in Lagos this year.

Yobo With the British High Commissioner to Nigeria

Mr. Arkwright who pledged his support for the Joseph Yobo Sports Academy, described it as “a good cause” that he would personally
advocate for. He acknowledged the role of football in peace building and development and acknowledged the cultural ties between both countries in respect to the global sports.

Briefing the Ambassador on his plans earlier, Yobo noted that his sports academy was focused on the comprehensive development of the human capital. He said that the project goes beyond raising the next generation of Nigerian football talent but also providing academic and professional opportunities for those who might not make the cut.

Yobo said; “I was fortunate to have left Nigeria at the age of 17. I do not necessarily believe I was the best among the people I was playing around back then but I surpassed them because of opportunity.” The former captain said he often imagines what he would have become if he was not given the opportunity. He attributed this as his motivation for pursuing the project as against other career options after his retirement.

The former Super Eagles Captain and the High Commissioner also discussed the just concluded FIFA World Cup and the lessons for both countries.

The academy also earned the support of the Lagos state government in March this year when governor Ambode pledged his support to the project and thanked Yobo for choosing Lagos to site his academy out of the 36 states in Nigeria.