The film required the construction of an entire village, a never-before-seen feat in these parts.

Initial reviews of the movie have been positive, with many lauding Sedufia’s inventiveness and creative courage.

ALOE VERA created a unique colour pattern between two communities living within the same location but separated by a hem initiated by a long-standing historical dispute. The blue colour represented the ALOEs while the Yellow represented the VERAs. Hence, during the premiere on March 6th, 2020 at the Silverbird Cinemas at Westhills Mall and Accra Mall, moviegoers typically arrived in the aforementioned colours.

Rapper Worlasi is credited for the soundtrack of this new movie as he continues his long-lasting partnership with Old Films Production.

The premiere was flooded by fans from all walks of life, giving Silverbird Cinemas no choice than to extend the premiere time late into the night.

The movie directed and written by Peter Sedufia and Produced by Laurene Manaa Abdallah in collaborations with Canal+.

ALOE VERA is still showing at the Silverbird Cinemas.

Nigerian nollywood actor and controversial movie star, Jim Iyke is in the news again for the wrong reason.…
byMiebaka Inyeinengi 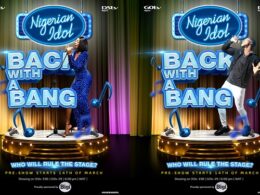 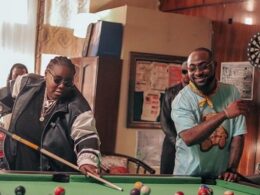 Video For Teni’s ‘For You’ Featuring Davido Released

Award-winning Nigerian talent, TENI THE ENTERTAINER has joined forces with Afrobeat star Davido on new single For You,…
byChristopher Sowah